Moooooog's hilarious posts about the notes his wife receives from the parents of her students made me remember a great story of my aunt's from when she worked in the Arlington, Virginia, school system.

For many years, my aunt worked for a high school where there were something like 40 different languages and dialects spoken and many kids and their parents spoke English as a second language. It was a wonderfully diverse school, yet with the diversity came some communication challenges.

Like the one day when a person who spoke English as a second language called the school secretary and said urgently:

And of course, because she was the employee at a high school and therefore, no stranger to prank phone calls, she simply hung up the phone and went about her business.

The phone rang again. It was the same voice...yet this time, it had a slightly more urgent tone:

And again, the secretary hung up. This time, grumbling about the prank caller.

The phone rang a third time. This time, the voice screamed, 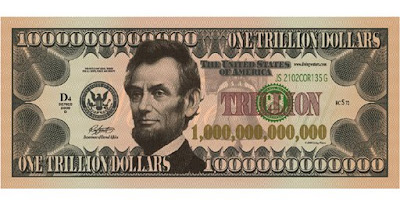 Still embarrassed about my early crush on Kirk Cameron,
Brutalism
Posted by Brutalism at 5:24 PM 21 comments:

At a surprise 40th birthday party for our good friend, Leon, last week, we were seated at a table with a lovely woman named Laura. (Let me clarify...the party was the surprise...Leon knew he was turning 40 so that part was expected.) Also a surprise? The fact that Leon wore a Bavarian hat AND a tiara (together) all night. You think you know someone...

I liked Laura a lot...especially when she shared a story about a fellow attorney in her law firm. The story goes that this female attorney went to a pole dancing class (Dilettante wannabe) and then came into work the next day, gathered her co-workers 'round, and proceeded to show them the moves she had learned. Somehow, this involved her writhing suggestively in one of the conference room chairs. Laura said that no one looked at each other while this was going on, and when this woman's demonstration was over, everyone slunk silently back into their offices and closed their doors...needing some quiet time alone to process what they had just witnessed. To this day, they have set that conference room chair aside as some sort of shrine to skankification...

Leon's birthday party was held at a fantastic Belgian restaurant in DC, where we had a four-course meal and each course was paired with a beer that complemented the food. When the toasts began, most of Leon's friends were feeling pretty good...and consequently, many of the toasts were about days of yore spent over imbibing, vomiting and perhaps performing some other bodily functions.

Of course, I felt right at home.

Laura, on the other hand, has a bit of weaker stomach and as each speaker took their turn, she went from disbelief to head shaking to almost reverting to putting her fingers in her ears.

I was one of the last people of the evening to get up and give my toast. After repeatedly assuring Laura that I was not going to talk about bodily functions, I began speaking. My toast referred to a beer tasting my husband and I once attended with Leon and his wife, Amanda. A tasting where I learned a lot about beer -- that is it made with malt, yeast, hops and water; that it can really bring out the taste of food better than wine; and that the hole in a cask used to fill or empty it is called a "bunghole."

Yup. A bunghole. I felt a little bad after promising Laura I would not go there, but not bad enough to not say "bunghole" in a room full of people. I mean, other than funerals and the occasional State dinner, how often do you have that opportunity?

Klassy with a K,
Brutalism
Posted by Brutalism at 7:21 PM 14 comments:

When I was a kid living in Syracuse, New York, my parents bought a small home in a new subdivision. We were one of the first families in the neighborhood, so there were still several vacant home lots and fields and dirt lawns to explore as we waited for the neighborhood to develop and for the grass to grow in.

My sister and I would go outside in the morning and play in mud puddles and stomp around in the dirt and catch toads and throw dirt at each other and get in huge fights and then repeat the entire process throughout the day. It was awesome.

At some point, we really got into the toads...and began to think of them as our pets, and created little ecosystems for them in the window wells that surrounded our basement windows. We'd create whole toad colonies in there and check up on them and feed them and at some point probably threw them at each other, got in huge fights and repeated the entire process throughout the day. I'm kidding...although our track record with pets up to that point was not a good one.

There was the time we played hide-and-seek with our pet guinea pig (my sister hid him in the fridge...and he was thankfully okay and munching on some lettuce when I thought to look in there to find him.) There was another time that we played "lion in a cage" by lifting the floor register for our furnace and putting our pet kitten inside. The kitten was also okay...and I'm sure enjoyed the new home our parents found for it immensely. So it was not completely out of character for us to bring the "pet" toads into the house, play with them, and in moving them back outside, completely lose track of one of them.

Not wanting to be in trouble for losing a toad in the house, we decided that the best course of action would be not mentioning this to my mom. And we considered ourselves extra-lucky that my dad was out of town on a business trip. So we went to bed that night thinking that we would totally wake up early and find the toad and get him outside before our mom even knew.

The one part of our plan that we did not count on, however, was that our mom was going to spend the night watching a horror movie on television. In our sparsely-populated neighborhood and with my dad out of town and us asleep in bed, she settled in and began watching the 1972 classic horror movie, Frogs (Tagline: "When nature strikes back!"). You read that right. The 70s found people bravely wearing mint-green leisure suits while dancing the funky chicken and swinging with their neighbors, but seemingly terrified by small and innocuous amphibians. (There must have been something in those jell-o molds.)

I guess that as "nature was in the process of striking back" during the movie that night, our pet toad hopped out from underneath the couch in the family room and almost gave my mother a heart attack. Or at least caused her to wet her polyester bell bottoms.
Posted by Brutalism at 2:11 PM 19 comments: