Posted by Brutalism at 7:31 PM No comments:

Scene: Leaving a community theater production of 'Godspell' - a favorite musical that I was excited to experience with my daughter

Me: (to kiddo, wondering if she understood any of the religious themes and/or enjoyed the play): "Well? What did you think?"

In honor of the Mayweather vs. McGregor fight last night, my friend and I tried a boxing workout for the first time yesterday morning. (Incidentally, I watched the weigh-in for this much-hyped match up with my husband. It was amusing to see McGregor get all up in Mayweather's grill and talk trash - particularly since he was wearing only underpants and appeared to be sporting a somewhat sizable erection. I leaned toward my husband and casually remarked, "He seems pretty excited about this boxing match.")
The friend who suggested the boxing workout is one of my friends to whom many random and hilarious things happen...so when she asked if I wanted to try this class with her, I figured at worst, it would be a great workout and at best, we would get hit on by swingers, have someone expose themselves to us on the highway, be awakened by a drunk driver careening through the yard of a mountain cabin, or appear in court for a lawsuit brought against a wedding dress shop on the same date and time as Lorena Bobbitt's hearing.

NOTE: All of this has happened to her.

As if following the script, our workout got off to a rather inauspicious start when we showed up at the gym, the gentleman checking us in asked for our IDs, and I handed him my Cigna insurance card in error.

The first class at this gym is complimentary (they tell you how great you look the entire duration). Just kidding -- I mean it's free, except for the $10 hand wraps you have to purchase. Somehow, we ended up in a 75 minute class, even though most of the classes offered at this gym are 60. After the guy checking us in wrapped our hands, we began the class - and ended any ability to move sweaty bangs out of our faces, drink from our water bottles, or have any sort of manual dexterity.

This only worsened when they added the boxing gloves to the mix. Not that we had time to drink water. After a rigorous 15 minute cardio warm up and some skills sessions, we did TEN three-minute rounds of boxing the bags using different punches, then 15 minutes of the most killer ab workout we've ever done. (The math here does not add up -- there were 15 additional minutes spent between rounds making sure our heart rates never went lower than say, an Olympic sprinter on meth, so during our "down" time between rounds, we were lunging or doing burpees.)

A nationally-known white supremacist lives about a mile from my house.

This is surprising to me because we live in northern Virginia – the small part of Virginia that is densely populated (and reasonable) enough for Virginia to vote blue. It just doesn’t seem like a place where a white supremacist might feel welcome or want to settle, especially considering places like…I don’t know…THE REST OF VIRGINIA exist.

For the record, said supremacist lives in a much swankier section of our area than I do – apparently spewing hatred is rather lucrative.

I was sharing the knowledge of this person living nearby with a neighbor friend, who blurted out, “I know! And before I knew who he was, my daughter went to his daughter’s birthday party at their house.”

This neighbor happens to be Jewish with a traditionally Jewish last name, and her daughter was adopted from Central America. And while admittedly I am not completely familiar with the levels of hatred in the white supremacy lifestyle, I am rather surprised that a Central American Jew scored a birthday invite.

Maybe it’s like those vegetarians who still eat fish?
Posted by Brutalism at 11:12 PM No comments: 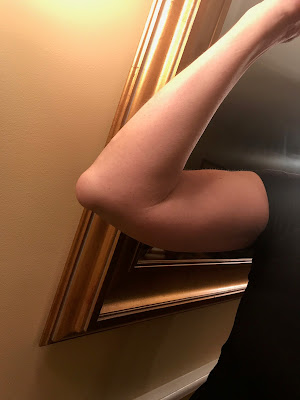 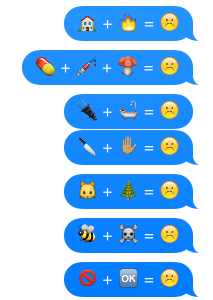 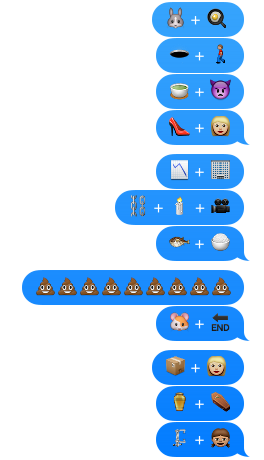 In the past few weeks, I've mistakenly worn my underwear inside out two times. I feel like I should be embarrassed about this, yet I've simply accepted it as the next phase of my life.

Both times, I realized this at the end of the day while getting ready for bed. And both times I shared this fact with my daughter...who mocked me, both relentlessly and justifiably.

Yesterday was a first, however, when I realized at the end of the day that my underwear was not inside out (yay, me!) Rather, I had put it on backwards and worn it that way for the entire day.

Except that it was a thong.


Posted by Brutalism at 3:29 PM No comments:

I Need A Stiff One

In my daughter's 11 years, she has (unfortunately) learned to cope with death.

And it breaks my heart.

For the loss of life, of course, and also because she loses a little more of her innocence as she realizes that nothing is guaranteed and that life is not always fair.

I was discussing this with a friend, who relayed a story about her pet cat, Alice, who died when her son was young. She learned about the pet's passing when her son came upstairs from the basement with the cat in his arms and said, "Mommy, I think there's something  wrong with Alice."

And in fact, there was -- the cat was in full rigor mortis.

Perhaps they stay innocent a little longer than we realize,
Brutalism
Posted by Brutalism at 2:13 PM No comments:

I Also Hear Tito Has A Nice Vodka

Recently, I was editing a document at work.

The writer had described something as "being germaine [sic]" to some of the findings on our program.

I'm still trying to determine how a founding member of the Jackson 5 is relevant to our government contract.

A while back, I was in my home office watching a TED talk by Sally Kohn where she described herself as a "talking head."

Knowing my daughter's thought process (and having a sad flashback to the mini/Minnie hot dogs debacle at Disney World when she was younger), I patiently explained that a talking head is someone who expresses their opinion on television, not someone who is actually a disembodied head.

Crestfallen, she shrugged and said, "well, that's a letdown" and returned to her side of the desk.

Although frankly, that's a TED talk I would like to see.
Posted by Brutalism at 11:09 AM 1 comment: