My latest Oakton Patch column is up today.

It is about (inadvertently) taking our daughter to a fetish festival when she was an infant.

(Which I have noticed is a glaring omission in most baby books under the "milestones" heading.)

Hope you enjoy it as much as Canetto enjoyed the women wearing nothing but body paint,
Brutalism
Posted by Brutalism at 5:39 PM 2 comments:

Where's The FCC When You Need Them?

Last night, I got to meet the people behind some of my favorite blogs in the DC area at a little gathering at Vapiano's in Chinatown. People like:

You never know how something like that will go, but all of them were just as funny and fun in person. (As was Lacochran's husband who shared that his family lives in a small town named Gray, Georgia, and that the fine folks of Gray have let their hometown pride get in the way of smart marketing. To wit: Gray Flowers and Gray Meat Company. Fantastic, no?) Thanks again to Lacochran for organizing this and for inviting me. (For the record, she looks nothing like Bette Midler.)

On my way home from happy hour, I was busy texting with my friend and ended up on the wrong train. This was moments after I jokingly told my husband that if I didn't call him from the Vienna metro by 9:00, it meant that I had been stabbed to death in the parking lot. (I'm hilarious like that.) Of course, the train mix-up meant that I did not get to Vienna until about 9:20. He was so concerned that he was busy reading our kid some books and hadn't even noticed the time. He is totally getting a dryer lint card next Valentine's Day.

In other news, this week's Oakton Patch column is up. My editor asked for a Valentine's-themed column about my husband. Instead, I wrote about words that I hate. Like "lover" and "luscious" and "pustule."

I'm such a romantic.

Check it out, you luscious pustule lovers,
Brutalism
Posted by Brutalism at 4:19 PM 6 comments:

Love In Any Schizophrenic Language

Text conversation between me and my neighbor, Lisa, last night:

Me: My daughter is dropping valentines off in your mailbox for your daughters. One is decorated with a twig, dryer lint, a small plastic wine bottle and a puzzle piece. I have no explanation.

Lisa: No explanation necessary. I totally get it.

UPDATE: Perhaps this is an improvement over last year's valentine or her very first art installation.
Posted by Brutalism at 6:30 PM 11 comments:

Yeah, my parents don't either. 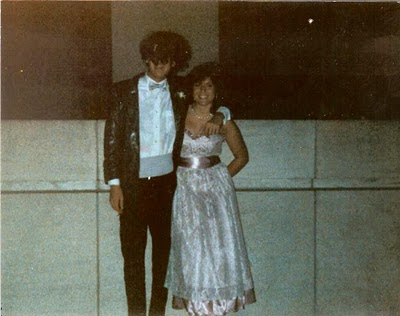 My parents did not really understand,  and my mother suggested that one day I would regret this choice.

Lip syncing for my life,
Brutalism
Posted by Brutalism at 4:41 PM 14 comments: