(Ed.: This post was started a few years ago and I just promoted it from a draft. I feel our teenager would want it spelled out that she has not needed a babysitter in some time.)


We've hired a babysitter for our daughter on a couple of recent occasions. As her usual babysitter was not available, we solicited suggestions from neighbors and found a great high school student nearby who accepted the job.

The first time she babysat, we were dressed in all white, heading to Vienna's Diner en Blanc:


Then, a few weeks later, (the second time she was in our home), we were headed to an Oktoberfest party:
And I was just thinking about how funny that must seem to her...it's not Halloween, we're adults, and we're not into any kind of weird fetishes. It just so happens that this is one of those random times that the social events to which we were invited included dressing in costume, which really does not happen that often...
﻿﻿


Looking back on all of these dress-up events reminded me of a dress-up experience a friend of ours shared. For his birthday one year, his wife had thrown him a pirate-looks-at-40 themed birthday party and had tossed leftover acoutrements (hats, eye patches, hook hands) on the bed in the spare room after the party. This happened to coincide with them recording traffic patterns for the local government with a video camera pointed out that same spare bedroom window, facing the highway on-ramp near their house. It also (fatefully) coincided with a visit from an electrician they had hired to install a ceiling fan in that room.

Which our friend didn't even think about as he turned the camera toward the interior of the room earlier that day to remove the videotape, which left it facing the bed. A bed that was scattered with assorted pirate costume accessories. And while the electrician didn't say anything about our friend's predilection toward costumery and videotaping in their guest bedroom, he did seem to work extra-fast to get the fan installed and get the hell out of there.

It's always the quiet ones,
Brutalism


Posted by Brutalism at 4:44 PM No comments: 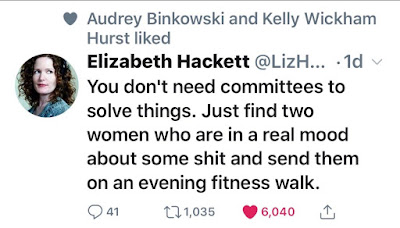 Posted by Brutalism at 3:06 PM No comments: