Over the weekend, my daughter invited a friend to spend the night. We did not have any plans, so I suggested the girls come with me to Safeway to redeem all of the instant winner pieces we had won playing the store's Monopoly game.

Whatever, I bet you don't have store brand tomato sauce and two free donuts to show for your Friday night.

Anyway, because they are good sports, they agreed to come along. When we reached the shopping center, they noticed the TJ Maxx store nearby and asked if we could go there first. I figured I owed them at least that, so we went in to explore - and we had a blast. We checked out clothes, tried on shoes, looked through all of the organizational containers, and finally landed in housewares, where I came across this throw pillow: 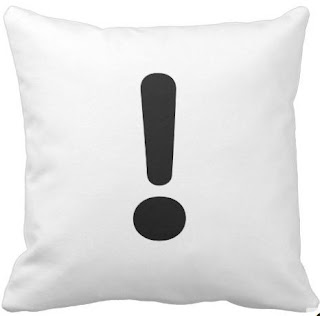 I picked it up and showed it to the girls, while proclaiming, "I LOVE THIS PILLOW!!!" They were both a little confused by my level of enthusiasm until I followed it up by grabbing and showing them this other throw pillow while inquiring, "What do you guys think about this one?" 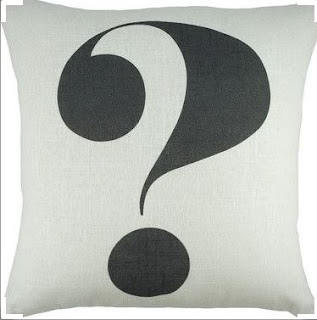 At which point they gave me appreciative groans...and a promise to return the corny joke favor in the near future.

Comma's a bitch,
Brutalism
Posted by Brutalism at 10:46 AM No comments: