Lately, in addition to nine gazillion stink bugs and spiders (and swingers) we've been finding in our house, we have also had a couple of casualties in the yard. This week alone, we found a dead frog and a dead snake (and the dead snake was on the front sidewalk, as if to taunt me). 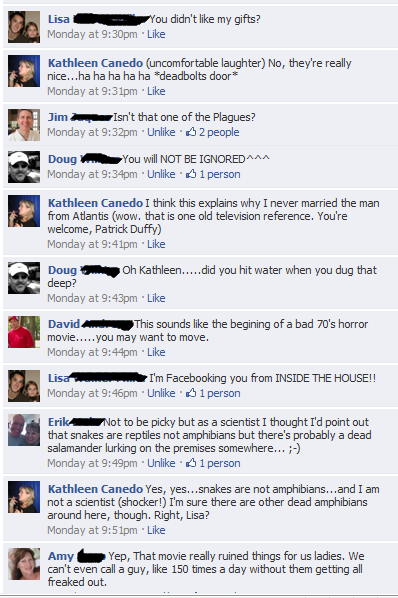 (It also prompted me to re-visit my 6th grade science textbook as I could have sworn that "amphibian" and "reptile" meant the same thing...)

The next day, a neighbor up the street posted the following on Facebook, to which I commented: 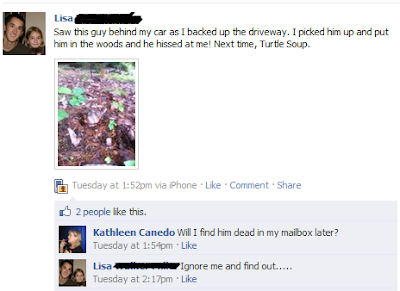 And then, just yesterday, as I was retrieving the mail from my mailbox, I opened it and found this: 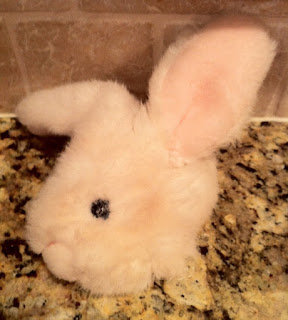 I love my neighbors.
Posted by Brutalism at 3:33 PM

You should either stay here forever or GET OUT NOW. I can't decide which.

Trucking T - I know. Two neighbors have moved out of the hood recently and I can't help but think this might somehow be related.

Where do you live? I want to move there. Seriously. The rabbit head did it for me!

I am soooo giving all my neighbors rabbit heads.

Wait a minute! I probably should have known the neighbors might be a little 'off'...

Ed - Think of all the time you'll save baking cookies for them during the holidays. (And cookies are so trite, anyway.) Neighbors always remember the one who gives them the rabbit head...

Moooooog - That's because a devastatingly handsome, ridiculously talented, extremely funny and amazingly smart guy helped me figure out how to do them.

I refuse to believe that you don't know what amphibians are. In the aforementioned 6th grade YOU lived on top of the World's Largest Amphibious Naval Base at Little Creek. Everyone called it the Amphib Base...ahem...including you. Was there a location Anywhere In the World where a kid might learn more thoroughly what Amphibious means? Did you think it was filled with Reptiles? You are killing me, Little Miss "Refer to My Science Notebook." Do you forget that this blog is read by Millions of Fans from All Phases of Your Life who enjoy Torturing you with Facts from the Past and Odd Capitalization? Do I have to say panties? Do I?

Kath -- Don't you mean "paNTiEs"?
Word verification on this was "berph" which I find appropriate.