What's the saying about March coming in like a lion and going out like a lamb? Well, for me, 2012 was like March. If March came in like a drunken pro football player and went out like a hideous lawn ornament that the neighborhood adopted and adorned on various occasions.

I'm surprised that adage has not caught on.

For years now, I have provided a bulleted list of the things I and my family have done during the year with a picture of our big, fat faces that serves as a holiday greeting for our friends and family. More importantly, it prevents me from having to write anything emotional or sentimental to people I care about. This year, I did not get my act together in time and the greeting never went out. So now I can share that with you, loyal readers, so I don't forget the year that was. 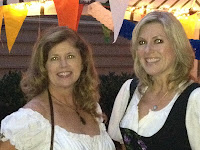 And of course, my opening piece immediately following this introduction was a poop story: 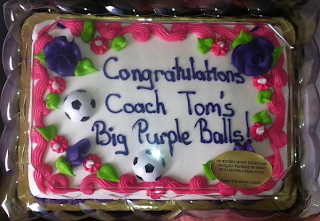 Brutalism
Posted by Brutalism at 4:26 PM

You make my life seem uneventful, boring and crappy. I aim to be more like the Canedos in 2013.

I want to be Avery.

Unknown - Well, I did leave the uneventful boring and crappy stuff out. There was a lot of crap this year -- a lot of sad things happened to people I love. One can only take so much of that before overcompensating by writing a bunch of fluff. Fortunately, that is my forte.

I am really annoyed that it keeps posting me as unknown. I have tried changing my profile and it doesnt seem to be working. It's Cockey, btw...We totally need to hang out soon.

Cockey... can you truly be known? Can any of us?
I also want to be Avery except for when you really want the whole house tidy and I am TRYING to make art.
Happy New Year, Brutalism. Thanks for another great year.

Kath - I think I know all there is to know about Alain. (And you are so right about me harping on the house being clean while the poor kid is trying to create. I'm a buzzkill.)

Happy New Year to you, too.