I recently re-enlisted the time and expertise of a trainer I worked with five years ago. In addition to making me work so hard that I "breathe like an asthmatic pug" (his words), when I am able to breathe, he also makes me laugh. Sometimes even on purpose.
Yesterday, he asked me what I had planned the rest of the day and I mentioned I was meeting six women for brunch who were part of a group that did a semester in London together in college - we were sending off one of our ranks as she embarks on a new chapter in Kansas. He queried, "where are you going to brunch?" and I replied, "a place called Blend 111."
Puzzled, he asked, "There is a restaurant named Bland?" And I sarcastically patiently explained, "yes, they named the restaurant 'Bland' - I guess 'Uninspired Flavorless Pabulum” was already taken."
In different and equally ridiculous news, another friend is spending time redecorating a cabin she owns in the woods. (You may remember a horror movie weekend I spent there several years ago.) To add to the rustic, outdoorsy vibe, she ordered these prints to adorn the cabin walls: 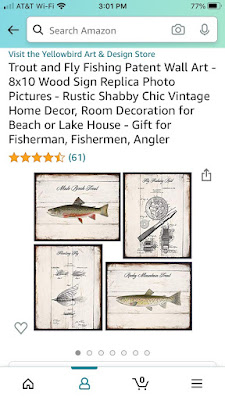 So you can imagine her surprise when she opened the (correctly-labeled) prints and found the following inside:
Definitely not bland,
Brutalism
Posted by Brutalism at 3:04 PM