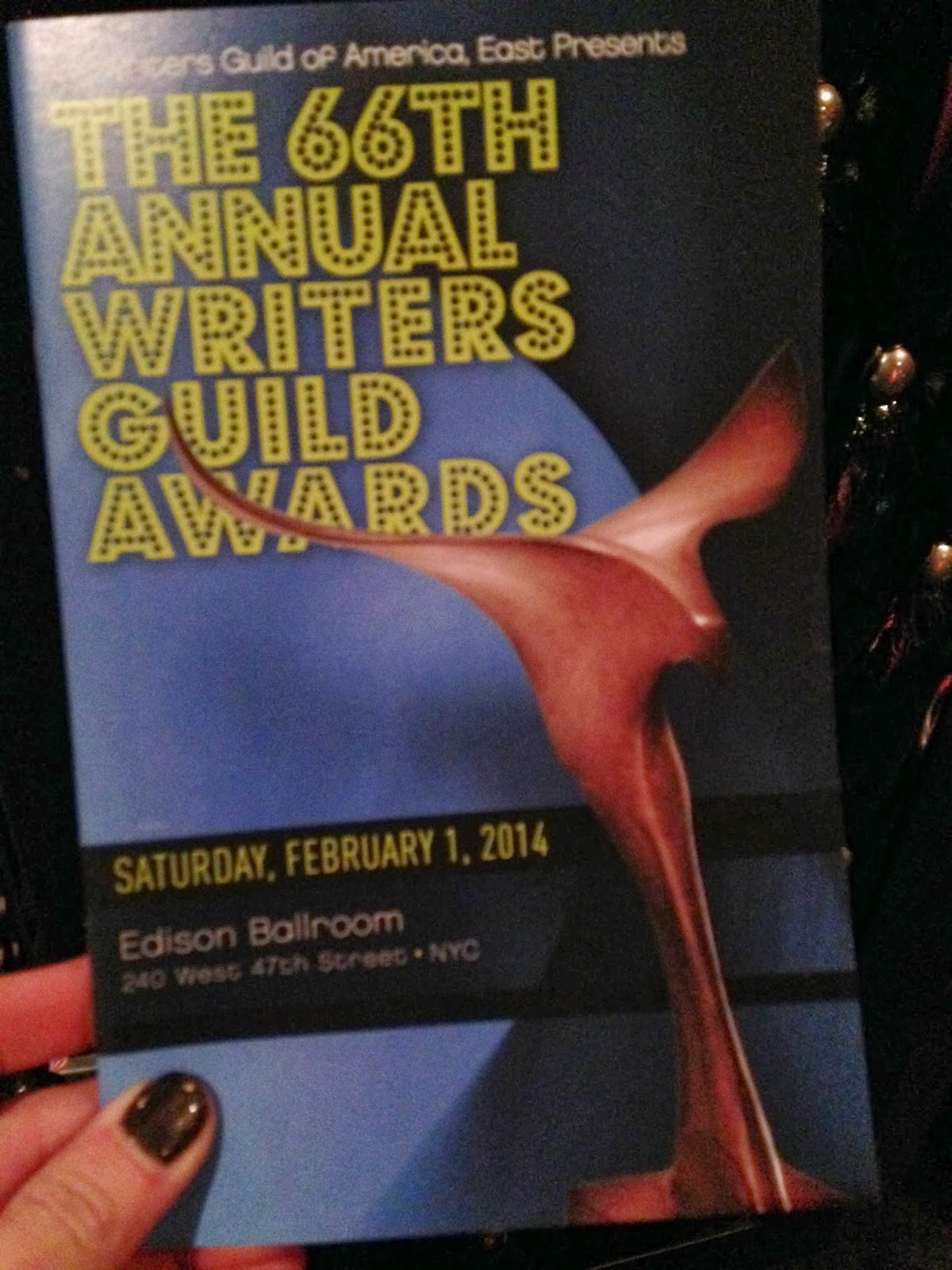 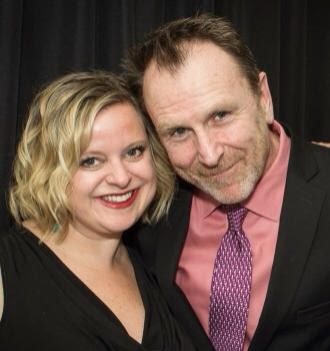 That's awesome. The Writer's Guild is one award show I would want to attend. ESPECIALLY since it was hosted by Colin Quinn.

PVP - Colin Quinn was great. He replaced Kamau Bell who was supposed to host and I really can't imagine anyone doing a better job than he did. Sometimes things happen the way they are meant to.

It is a good thing you did not tell me about the liquid restriction. I would've texted you pictures of waterfalls all night along (all night...).

Wow, so fun to hear about your night! You look gorgeous. And the shoes? Perfect!

I can totally see you up there accepting an award in the not so distant future!

Tante - Meredith would have loved you. Then I could have whined about my orthopedic shoes AND having to get unpinned and repinned. I was literally a prisoner to my jumpsuit. (And thank you for the Lionel Ritchie. You know he's my fave.)

Anne - I know awards shows are nothing new to you -- but you actually WIN awards when you attend. One of these days the coolness will rub off...

Did I win anything?

Christian - Cut it out with the false modesty. You know that you won. And that I accepted your award. And that they could not fit the name of your blog on the engraved gold plate...

Awesome experience! Great suite... and killer - not orthopedic at all - shoes. And really, it's all about the shoes. Congrats on the invite and being a part of it all.

Ashli - Thanks for that -- I thought the shoes were awesome and then they looked so grandma like in that photo -- needed a different angle, for sure.

Now I just need many more reasons to wear them. Note to self: get fabulous life.