The Washington City Paper rocks! In the three years they've been running the Peeps Diorama contest (having taken it over from the Washington Post, a publication that has no appreciation for talent), I've placed three times - most recently, with the 2019 creation, 'Peepsles are Back!' featuring a clinic offering measles immunizations. The healthy, pink Peeps with their tiny Peeps band-aids covering their inoculation sites are leaving the clinic, while the sickly, pale pink, measles-infected anti-vaxxer Peeps are protesting. 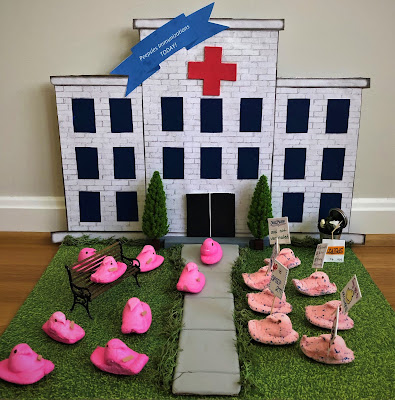 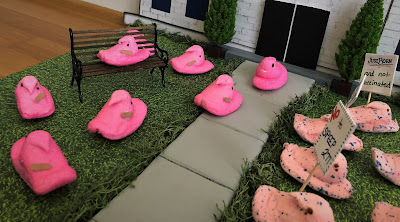 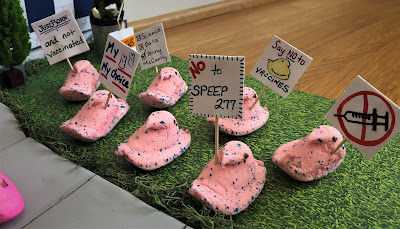 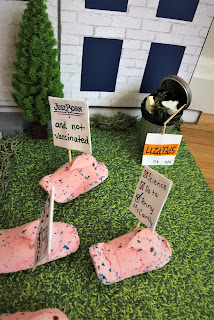 The concept was 100% my daughter's - she was inspired the moment she saw new cotton-candy-flavored Peeps that were pale pink with blue speckles. And from there, complete monopolization of the kitchen table, micro management, and sleep deprivation began.

As a bonus, we had to schlep the diorama into the District to the City Paper office - and while en route, I ran into a friend I have not seen in years:
Now, we wait and see where we placed. And if we don't - I know who to hire to lobby on my behalf next year.

UPDATE: We came in third! Even after forgetting to promote this on social media so our friends and family would feel obligated to vote for our diorama! Perhaps there is no need for a big-deal lobbyist, after all.

Previous wins are listed below: