Yesterday, I learned The Standard West Hollywood is permanently closing after an unsustainable rent hike.

Tim and I first learned of The Standard during a trip out west when we were newly married. At the time, we were staying at the Riot Hyatt across Sunset Boulevard and were intrigued by The Standard's iconic upside-down sign, so we ventured over to investigate. We fell immediately in love and have visited and stayed there during our subsequent trips to LA.

We were nowhere near cool enough to be hanging out here - but somehow also didn't feel out of place in this weird and welcoming hotel. The funky décor, including a fish tank behind reception featuring rotating art installations often had human models as centerpieces. 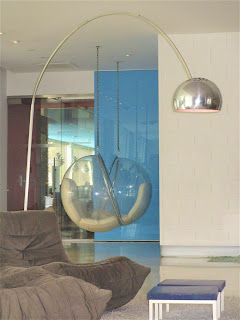 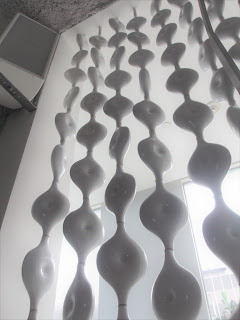 For spring break 2013, we brought our then seven-year-old daughter here to stay for the first time.

The rooms were minimalist chic, the 24-hour Standard diner was great, and the impossibly good-looking valets are likely now all starring in major motion pictures.

But without question, the best thing about the hotel was ‘Desert Nights’ – a Wednesday night concert that took place in a tiny room off the hotel lobby called the Cactus Lounge. It seated maybe 20 people and was like listening to a concert in your living room – except instead of your stupid cousin, Gary, playing the accordion, it was fantastic live acoustic music from immensely talented singers and musicians. The audience sat, rapt, and let them do their thing. It is (was) a live music experience unlike any other.

(Of course we asked if our seven-year-old daughter could hang out with us for 'Desert Nights' even though she was the only kid there, and they graciously allowed it, as long as she met her two Shirley Temple minimum. She has a good life.)

I loved Desert Nights so much, I'd recommend it to anyone heading to LA. Most recently, I suggested it to my boss who was visiting the city with his wife. He hated everything about LA and could not wait to leave, but absolutely loved the evening they spent listening to music at The Standard.

And although we didn't know it until yesterday, summer of 2018 would be the last time we visited the hotel. My daughter and I stopped in for a late lunch and a sit in the bubble chairs after spending the day together in Hollywood:

I know there are other Standard hotels - including one in downtown LA - but they will never have the same funky cachet as WeHo.

I'm gonna need a couple of mega-ritas to process this,
Brutalism

Posted by Brutalism at 3:16 PM