The Brutalism family is back from a spring break trip to Costa Rica. And as I like to do with all of our international trips (to Indonesia/Hong Kong, Iceland/Netherlands/Belgium, and Italy), I've captured what made traveling to this lovely Central American country so memorable.

1) From the DC area, you can get to Costa Rica via Panama. And if we learned anything during our 20-minute layover between flights, it is that the most insanely gorgeous people live in Panama. Forget the hats and the canal -- if the Panama tourism board wants to promote reasons to visit this country, it should focus on the fact that every person who works in the airport looks like a supermodel.

Yes, I'm painting with a broad brush here...but it's a broad, beautiful brush, so I feel that's okay.

2) With the lush landscapes and laid back lifestyle, it is easy to quickly develop a taste for the pura vida that is Costa Rica. It is also easy to mistakenly text your friend that you have developed a taste for the "puta" vida, to which she will (non-mistakenly) respond, "Well, you were a sorority girl." 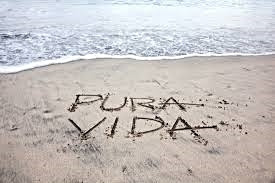 3) Driving in Costa Rica can be an adventure - many roads are not paved, none of them have shoulders, and our GPS continually mocked us by announcing a speed bump, dangerous bridge or escuela zone every kilometer or so. I was gringo-knuckling it the entire time.

What our GPS did not feel was important to include in the dangerous bridge category was the CROCODILE BRIDGE, which we found by literally stumbling across it.

4) When none of you has ever ridden a horse and you speak only a little Spanish, it might not be the best idea to go horseback riding with a Spanish-speaking guide. Particularly while heading up a steep, gravelly path when, without warning, he whistles to prompt the horses to break into a gallop.

(It is here I proudly announce my first-ever attempt at humor in other than my primary language. While my horse took off at full speed, I screamed toward the guide, "Como se dice en espanol, "WHHOOAAA?")
5) Even when you're not naturally an adrenaline junkie, you become suddenly willing to zip line 450 feet above the ground through a cloud forest, "Tarzan swing" off a 150-foot-high platform, and walk across suspended treetop bridges that are held together with zip ties and luck.

(You might also become willing because your 10-year-old chides you by calling you a "cream puff" when you initially hesitate at the idea of jumping off a perfectly good platform.)

6) You become used to roommates such as the one below during your trip, something with which you would normally not be okay.

It helps to be so physically exhausted from a day o' activity that you would rather sleep with a lizard on your face than stay awake another minute.


Then when you ask him, "what the hell do you think that dream means?" - he will pause a moment and inquire, with a straight face, "well...was it Costa Rican coffee?"

8) When you stay at a resort that has a huge array of natural hot spring pools and soaking tubs heated by the nearby volcano, you are slightly hesitant to use them because you have read about brain-eating amoebas that tend to congregate there.
9) When you are driving through the "downtown" area of Monteverde and see a restaurant billed as one of the "World's Top 10 bizarre restaurants" you of course go there for dinner. (It was not really bizarre...just kind of cool since it was built around a huge tree.) You also decide to have ice cream -- for breakfast -- and are surprised by the huge amount of people doing the same (both turistas and Ticos...)

10) You can tell how hospitable a country is based on its toilet tissue. During my semester abroad in college, the UK scored a big, fat "F" with its non-absorbent, waxed paper-like TP, which I can only assume was payback for that whole "independence from them" thing. Conversely, Costa Rica, with its fragrant, pillowy-soft version, receives an appreciative "A+."


In addition to the above, we saw the most gorgeous beaches we have ever seen, watched wild monkeys and sloths climb in trees right near our hotel balcony, experienced the rain forest, cloud forest and beach, and had an adventure-filled vacation. We'd go back in a second...particularly if we were routed through Panama... 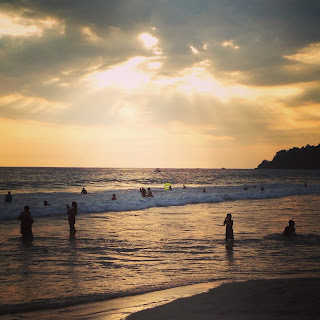 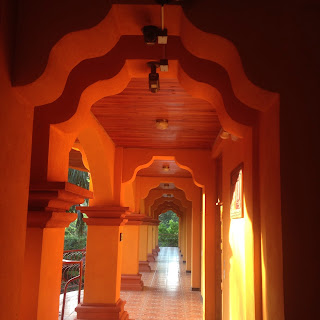 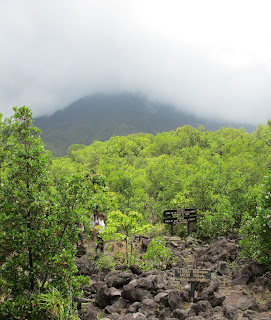 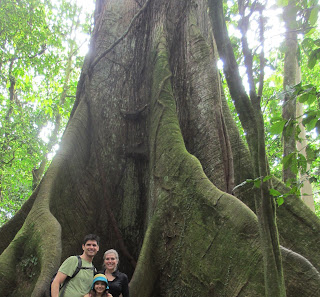 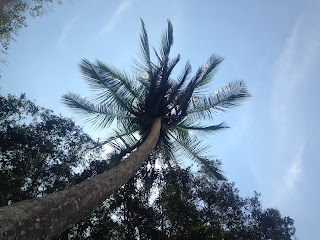 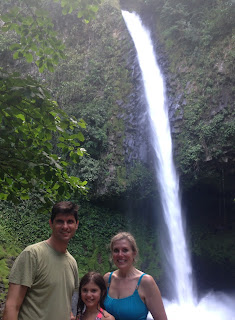 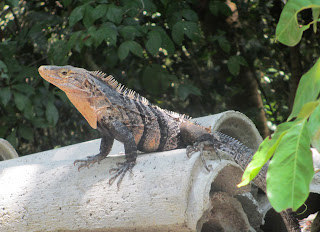 Posted by Brutalism at 6:34 PM

This was such an awesome trip! Thanks for the incredible memories!

Earthling...
Q: You gonna live forever?
A: Yes, depending on where.
Q: How long do our lifetimes last?
A: 1-outta-1 bites-the-dust, child.

When our eternal soul leaves our body
and we riseabove to meet our Maker,
only four, last things remain:
death, judgement, Heaven or Hell
according to the deeds WEE mortals
have done in our finite existence.
So... find-out what RCIA is and join!

PS° Im a re-boot NDE:
if you're RIGHT,
you'll see the LIGHT.
Follow that to the Elysian Fields;
let's be tethered2forever Upstairs.